Well, both are considered good tools for the students and business professionals to write and save their handwritten notes on a whiteboard on an iPad or Macbook.

To know more, it is important to look at how both are different and what features each app provides. 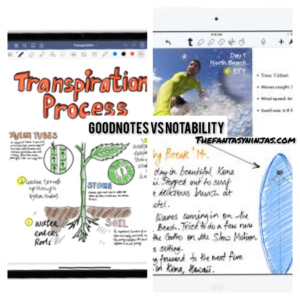 Starting with the display and the user interface, on opening GoodNotes 5, a list and grid will display all the notes, notebooks and folders in a clear format.

While opening the Notability app, the user will folder on the left side and the notes within those folders will be displayed on the right side of the screen.

While both the apps have simple navigation displays, GoodNotes has laid down a simpler system to search for folders during the display.

Another aspect that is looked upon is document management and creation. The answer majorly depends upon the preference.

If the user has to write down the notes quickly or on an urgent basis, then the Notability app could be preferred.

The streamlined approach makes it easier for the user to take down the notes quickly. With GoodNotes, creating a notebook feels like a commitment, but this isn’t certainly a bad facet.

The app has unique features and great aesthetics that make it look good to use. Therefore, it depends on the time and preference for the work.

The audio recording features have become a must nowadays. Although GoodNotes delivers multi-note assistance, it doesn’t incorporate this feature.

Rather, GoodNotes depends on the operating system by allowing the users to work on two separate samples side by side.

Whereas, Notability provides the audio feature for audio recording or math conversions. Therefore, Notability takes an edge over GoodNotes for this feature.

Both Notability and GoodNotes by default use Apple iCloud sync to backup the notes. Both apps let the user backup their files in Dropbox, Google Drive, One Drive by employing Auto- Backup.

These apps have different aspects for sharing, while Notability gives users accessibility to share the link publicly for everyone to view, GoodNotes limits the link-sharing around collaboration.

Unfortunately, the app doesn’t provide access outside the collaborators for anyone to view.

An updated version needs to be downloaded to serve the purpose. Therefore, Notability can be preferred over Goodnotes in terms of the accessibility of link-sharing.

However, the user will be able to export the documents through both apps. The mileage may differ in terms of any complication and ease of access, but it’s feasible to share the documents and other content out of both applications.

The last important factor in the debate corresponds to the idea of money. If one is looking strictly for costs, GoodNotes is a better choice to make.

But, it is always recommended to go by the ease of usage and therefore, both apps stand out the same in this term. With that in mind, picking either app based on characteristics and use rather than cost is a good decision.

GoodNotes is an excellent app that allows the user to create notes digitally. Its various features allow creating notes in…

The waiting is finally over! With the beta sign up of Hytale being active and flocks of tweets teasing the…

The world is rapidly moving towards technology and rightly so as it makes work for us, easier, efficient and faster. …

Best Religious Apps: We are living in a world of secularity. There are a variety of religions prevailing now. Some…

Can you use and download the Wombo app for your PC? What can you do with Wombo? WOMBO is one… 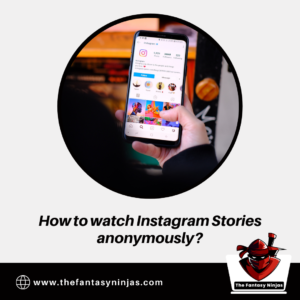